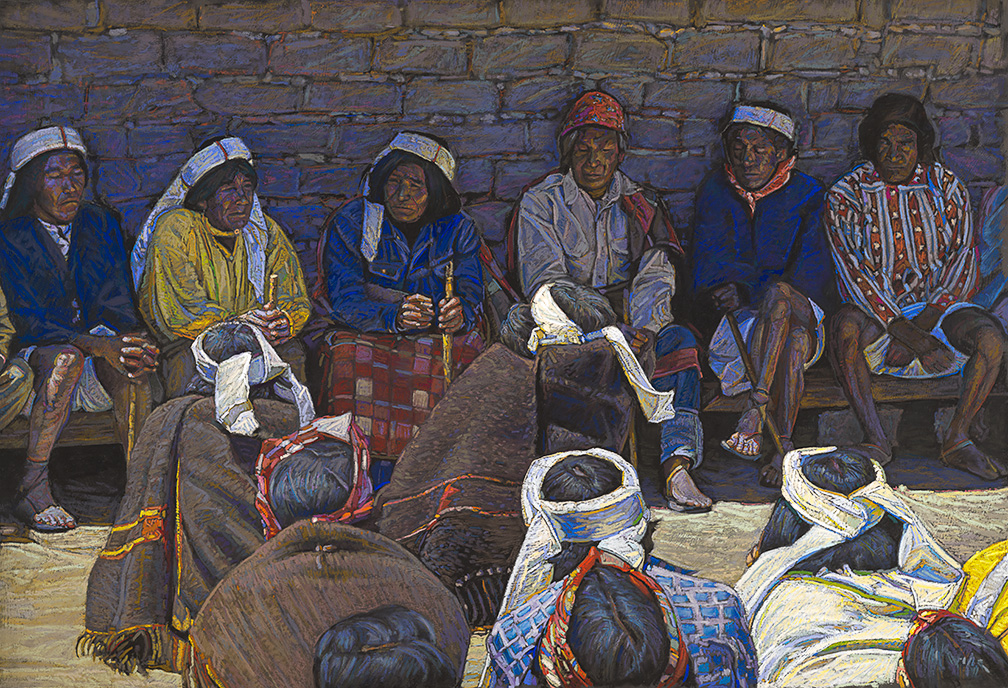 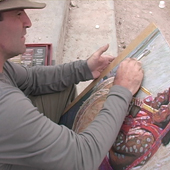 Baker discovered his love for creating art while working as a carpenter in New York City.  Frequent visits to the city’s great museums eventually inspired him to enroll in art classes at Duchess County Community College in Poughkeepsie. After a year of study, Baker left New York, deciding that travel and the experiences gained would be far more rewarding than a formal art education. Accompanied by his camera and sketchbooks, he began a quest to experience firsthand the world’s indigenous people and to record their cultures and traditions in exquisite and poignant pastel works of art.

Over the past 32 years, Baker has traveled to over 50 countries and has spent significant time in remote villages all over the globe, living and getting to know these primitive people and their ways. He has photographed and painted native cultures from South America, India, Tibet, Mongolia and Africa, but it’s his paintings of Northern Mexico’s Tarahumara Indians that has brought him national and global acclaim. It’s important to note that many places that once were so difficult to get to are now easily accessed by paved roads and highways, as the world has changed dramatically over the past three decades. Baker is all too aware that he’s in a race against time to capture these native people and places before they’re gone forever. 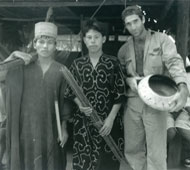 Baker’s beautiful renditions have become historical documentations of cultures others will never experience. Noted for his large scale paintings, his mosaic technique, his magisterial use of light and shadow, his fearless use of color, and his laser sharp attention to detail is both powerful and masterful. 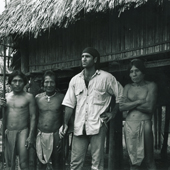 Every thread of fabric in the traditional clothing worn by it’s subjects, every strand of embroidery, is recorded as if each is intricately connected to the person and their story. Baker’s paintings capture the authentic rhythms of these peoples daily lives as they exist in perfect harmony with their native surroundings – each moment, each detail perfectly rendered and vibrating with emotion and life.

Baker is the recipient of countless awards. His work has been profiled in various publications and inducted into public and private collections across the globe. He is a permanent featured exhibitor at Acosta Strong Gallery in Santa Fe, NM and Michael McCormick Gallery in Taos. Two of his larger pieces are part of the permanent collection at the Albuquerque International Airport.

Being an artist is one of the greatest blessings of my life. It has been a calling of sorts, in much the same way a pastor is called to the ministry. That calling recognizes the beauty, poetry and sacredness in the subjects I paint – a native woman carrying a bundle of Calle lilies to the market, a Raramuri youth playing one of his unrefined hand-carved violins, tribal leaders talking quietly around a smoldering fire. I want the viewer to see the magic in the day to day lives of these native people, and to see my work as a mosaic – abstract shapes, rich vibrant colors, and values of light that hold together form.

I have devoted much of the past 32 years to capturing the essence and simple magnificence of indigenous people all over the world, often living for months at a time with tribes who become the subject of my work. In time, I am often given the distinct honor of photographing these people in their natural surroundings, thus providing further inspiration as I recreate my images on paper and canvas.

Another blessing in my life was the birth of my son in 2003. For more than a decade, we have lived in Corrales, New Mexico, a quaint agricultural village and artist’s haven nestled in the beautiful Rio Grande Valley. Once my son makes the transition from middle school to high school, I will be in the position to live among these indigenous tribes again. I am already looking forward to future travels to Tibet, Africa and Mongolia.